The onset of the COVID–19 pandemic caused a sudden stop to Mozambique’s good economic performance. Real GDP contracted by an estimated 0.5% in 2020, the first decline in 28 years, after growing 2.2% in 2019. A slowdown in construction, tourism, and transport, and a decrease in demand for commodities exports were the main drivers of the deceleration. Economic activity was also hurt by the escalating conflict in the northern province of Cabo Delgado, which has displaced more than 250,000 people and resulted in more than a thousand deaths. The economic contraction was expected to drag 850,000 people below the international poverty line in 2020, an increase of 1.2 percentage points to 63.7% of the population, according to the World Bank, while GDP per capita was expected to contract by –3.4% in 2020. Despite negative growth, a slight increase in inflation was expected for 2020, from 2.8% in 2019 to 3.1%, pushed by a 21.7% depreciation of the metical against the US dollar. The Monetary Policy Committee reduced the policy interest rate by 250 basis points from March through August, to 10.25%, to ensure liquidity and minimize potential credit crunches in the private sector. Nevertheless, non-performing loans, which were already high at 10.2% in 2019, increased to 12.6% in June 2020 as businesses struggled to meet their obligations. Both the fiscal and external balance deteriorated. The fiscal deficit was estimated to reach 7.0% of GDP in 2020, larger than the 2.7% deficit in 2019, pushed by lower revenues from tax relief and the economic slowdown and increasing public debt, which already was high at 108.4% of GDP in 2019. The current account deficit was estimated to widen to 30.8% of GDP in 2020 from 19.9% in 2019, mainly because of lower export earnings. International reserves remained at 7 months coverage of imports until November 2020, excluding megaprojects, the same as in December 2019. (Download detailed Analysis Source : Report African Economic Outlook 2021; AfDB)

Credit distributed to private sector in 2016 represents $3.8 billion.
The Mozambican Stock Exchange accounted 6 listed companies, representing, at the end of 2017, a market capitalization of $1 billion. 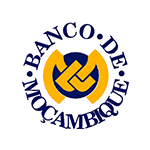 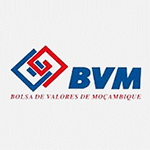