Real GDP was estimated to contract by 3.1% in 2020, its third year of decline in the past five. The 2020 result reflects a pandemic-induced reduction in external demand for its major exports. Domestically, the service sector, particularly wholesale and retail trade, and the hospitality industry were the hardest hit. Inflation was estimated to decline to 17.2% in 2020 from 23% in 2019 on account of subdued aggregate demand caused by pandemic-related containment measures. The fiscal deficit was estimated to narrow to 3.5% of GDP in 2020 compared with 4.5% in 2019 as the government limited expenditures to available budgetary resources in line with International Monetary Fund’s (IMF’s) Extended Credit Facility (ECF) program. The current account deficit was estimated to narrow to 21.3% of GDP from 21.7% because of a lower oil import bill. Gross official reserves declined to 2.3 months of import cover at the end of June 2020 from 2.4 months a year earlier. Declining reserves prompted a 2.6% depreciation in the exchange rate from LRD 193 per US dollar in June 2019 to LRD198 per dollar in June 2020. Public debt increased to 49% of GDP at the end of September 2020, compared with 38% of GDP in September 2019—an increase attributed to government borrowing from the Central Bank of Liberia (CBL). Since December 2019, Liberia has been implementing the IMF’s ECF program, which aims to create a sound macroeconomic policy environment and to address underlying structural bottlenecks. (Download detailed Analysis Source : Report African Economic Outlook 2021 ; AfDB)

In June 2017, the banking sector of Liberia represented a total asset of $ 0.93 billion. 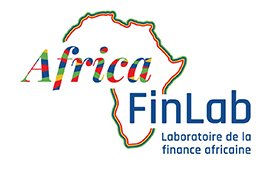